I mis-labeled last week’s garden update, which should have been weeks 4 & 5, so now we’re on the sixth week! The garden is still blooming at full capacity, but there have also been a few setbacks. I will chalk this up to my being a total newbie at gardening. The first problem I’m having is something called blossom end rot , and it is just a horrid as it sounds. Zane first noticed it when he picked one of our butternut squashes prematurely. It looked really shriveled and gross, and the end was all rotten. I thought, oh, well, it was dead anyway. But, after a closer inspection of the other baby squashes, I noticed that several of them had the same problem! I Googled “end of butternut squash rotten” and found out that this is actually a common problem, and is caused by a lack of calcium. The roots could have trouble uptaking the calcium in the soil if there is a dramatic change in watering patterns (which could definitely have happened while we were on vacation and it was SO hot here in New Hampshire), or if the soil was not enriched enough to begin with (which could definitely have happened when I had to move my garden beds, thus disturbing my soil layers). Regardless of the cause of the problem, the solution seems to be a foliar spray, which I purchased from Amazon and had overnighted. I removed all the rotten fruits and bathed the heck out of the roots in a foul-smelling mixture of liquid seaweed and water. The good news is that the rest of the new fruits actually look fine. In fact, we have a fully ripe zucchini that we are going to eat tonight in one of my favorite dishes (see recipe at the end of the post). The second problem I’m having is also quite common, and that is sunburned leaves. I think I did a little too much watering of the leaves during the middle of the day (should have just concentrated on the soil) and now some of my leaves have little burn marks. Well, live and learn! The third problem is that two of my pepper plants are not doing well at all (read: practically dead). I think my aggressive removal of the blossoms, in the hopes that I could get the plants to grow larger, was a big mistake. I gave the peppers the seaweed treatment, too, in the hopes it might bring them back to life. 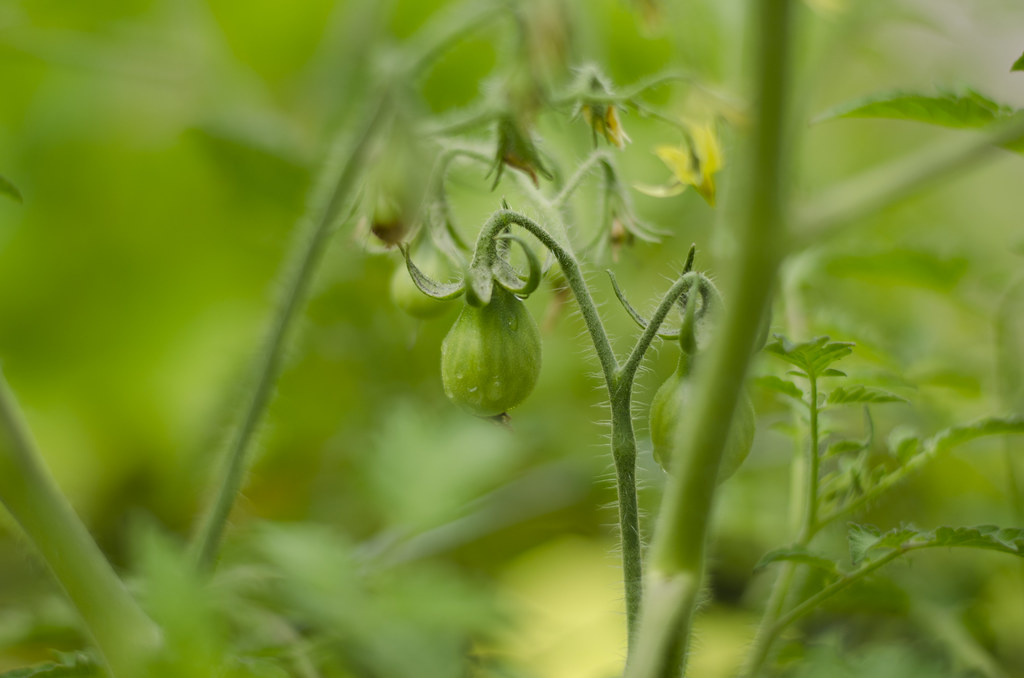 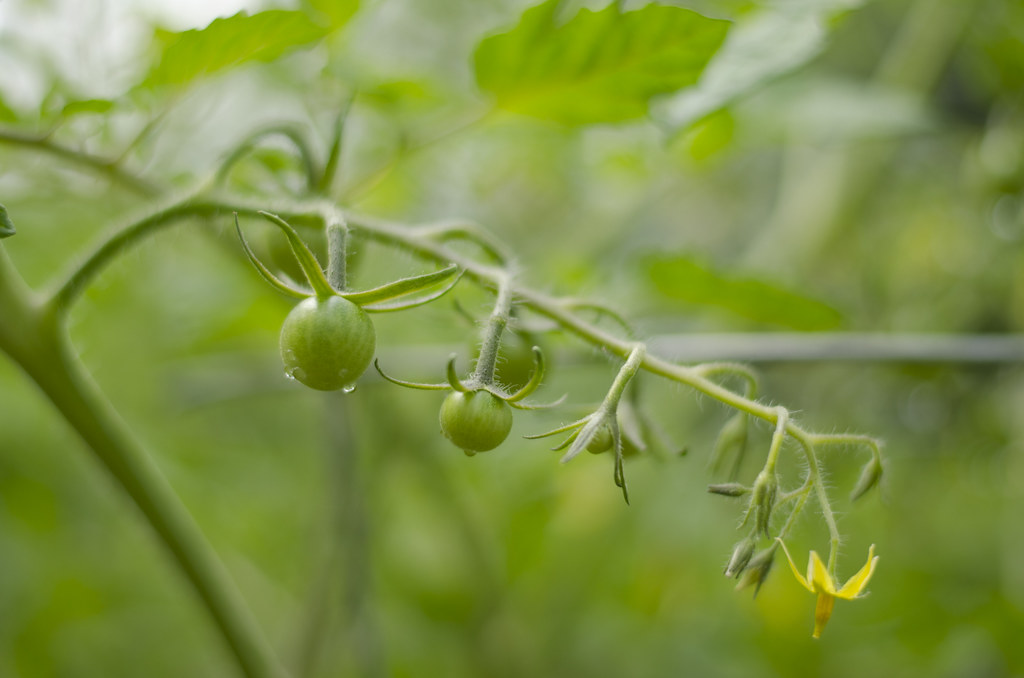 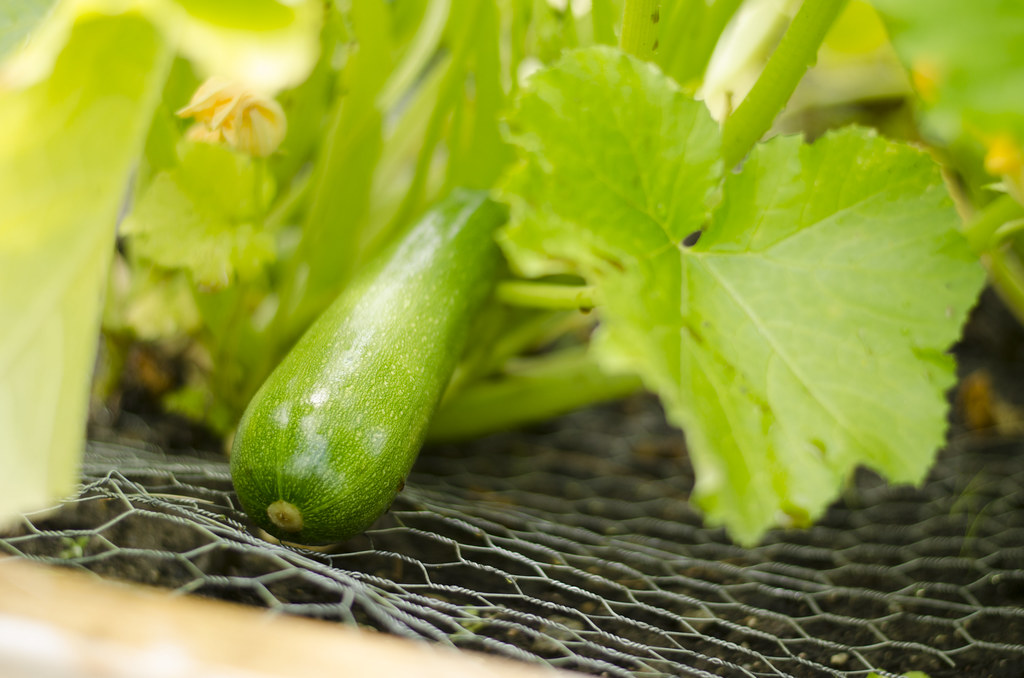 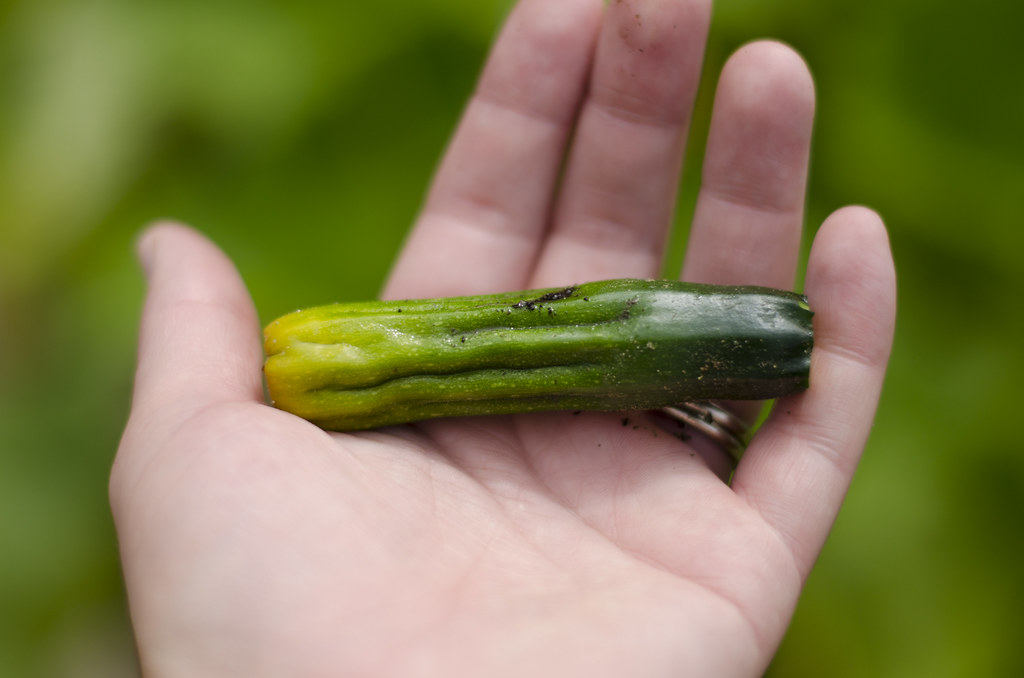 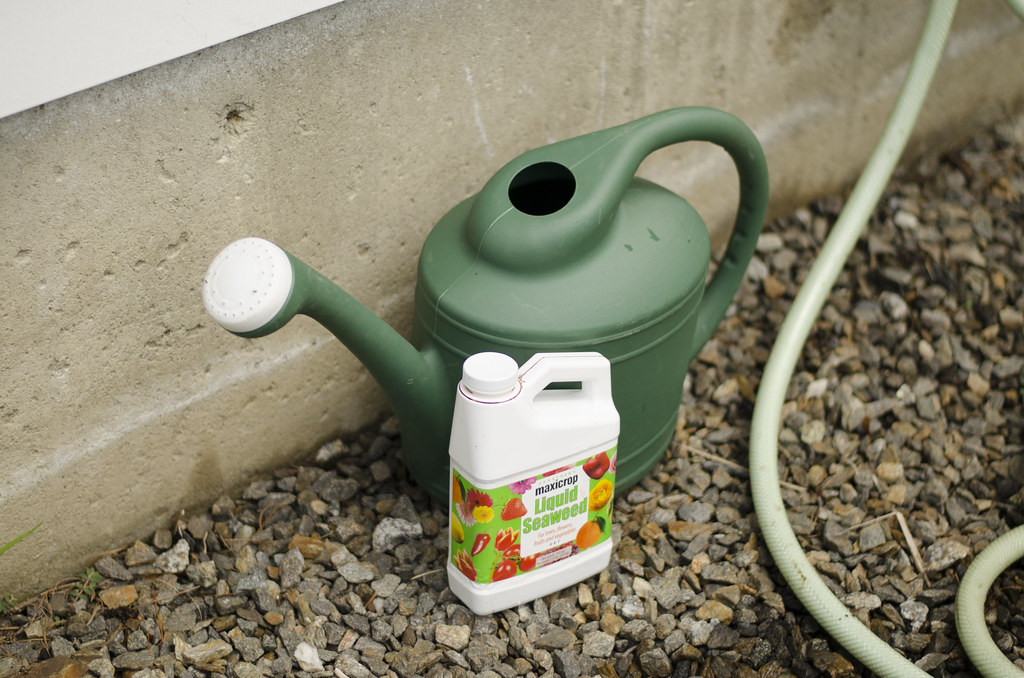 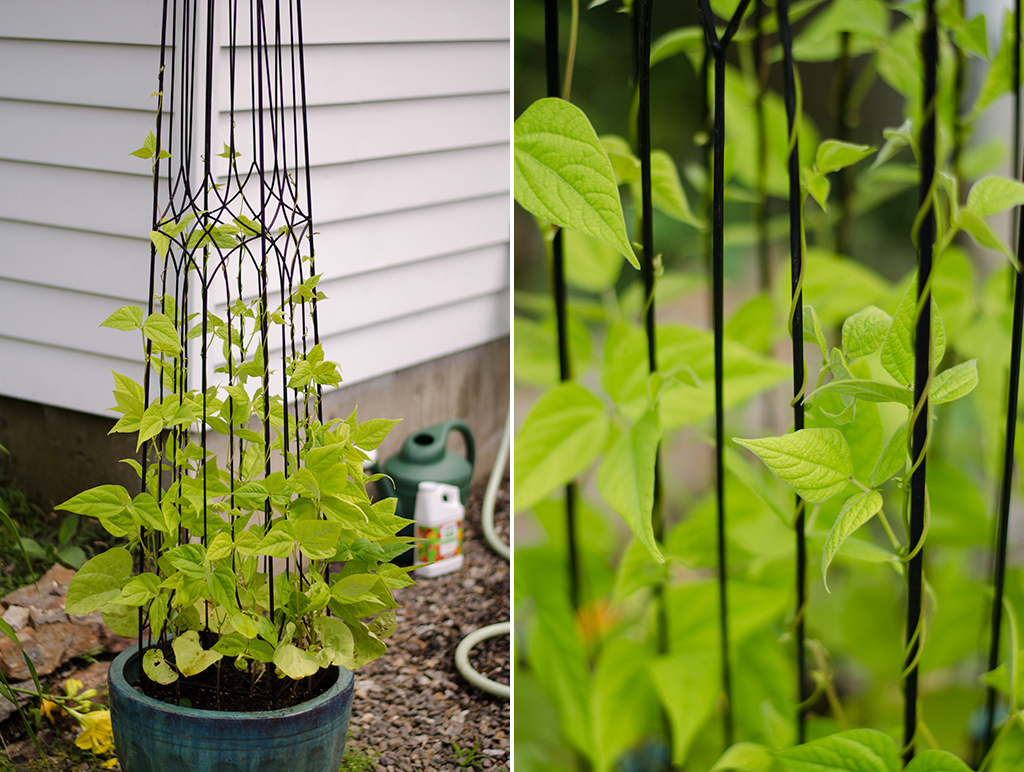 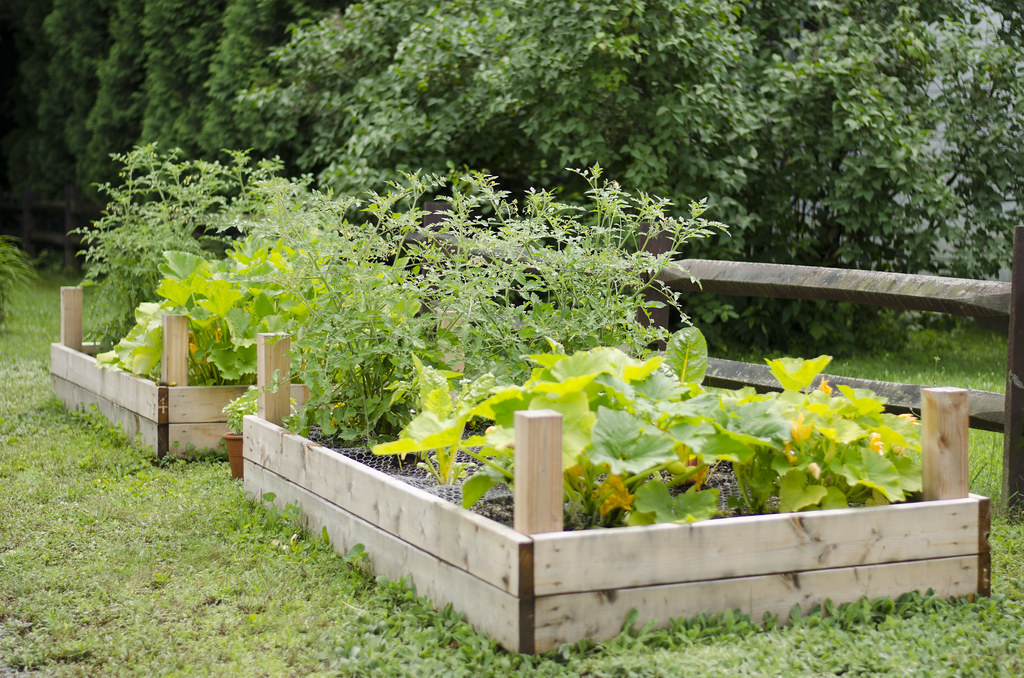 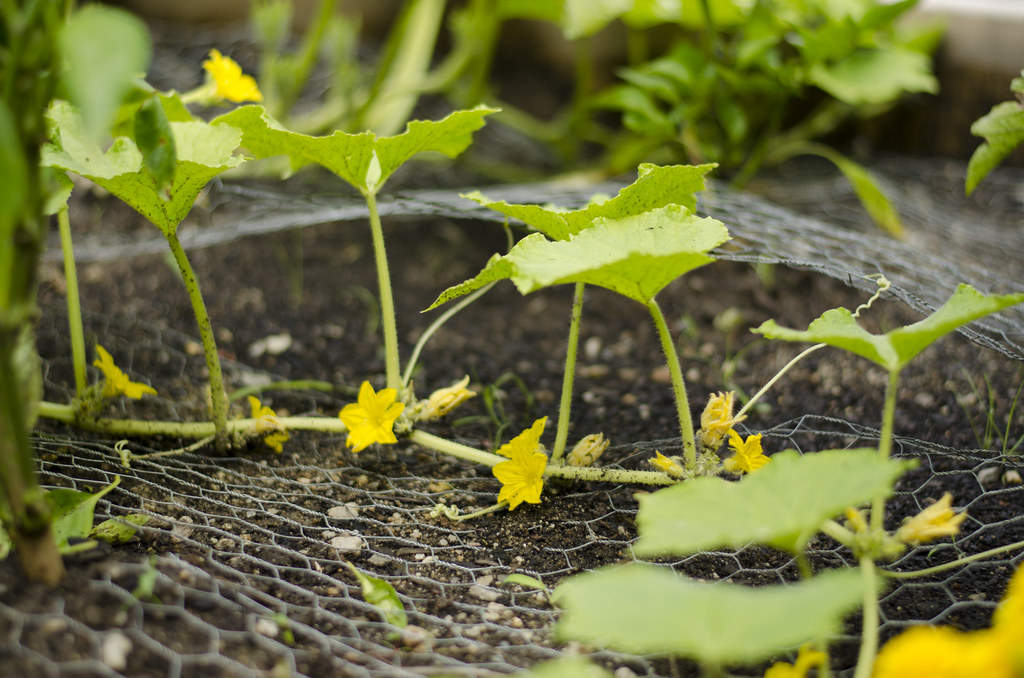 Our dinner tonight, based on the recipe
“Tuscan Style Pasta with Chickpeas, Zucchini and Rosemary”
from Vegan Planet , by Robin Robertson

Ingredients:
2 tablespoons olive oil
2 small or 1 large zucchini, halved lengthwise and cut into 1/4 inch thick half-moons
2 garlic cloves, minced, or about a tablespoon of jarred, minced garlic
1 tablespoon chopped fresh rosemary
One 14.5 ounce can of diced tomatoes
One 15 ounce can of chickpeas, drained and rinsed
red pepper flakes, salt, and pepper to taste
1 pound of rotini, or similar

Directions:
Cook the pasta, drain, and set aside. While the pasta is cooking, sauté the zucchini in the olive oil until slightly softened. Add the garlic and saute for about 30 seconds, then stir in the rosemary, tomatoes, chickpeas, and seasoning and cook for about 10 minutes to blend the flavors . Combine with pasta, and enjoy!