I’m so far behind on my blogging, and especially on my garden update posts. This will be a whirlwind tour of the garden over the past three weeks. We’ve had downy mildew, hail stones, and rodents munching on unripened squashes. But, we’ve also had delicious zucchinis, cucumbers, and even some ripe red tomatoes! In fact, we had enough tomatoes to make some delicious roasted tomato sauce for our pizza last night. We would have had more if the hail hadn’t taken out at least half of them while they were still green. The only thing we haven’t tried yet are the lemon cucumbers that I had completely forgotten about. I kept thinking, what’s wrong with these cucumbers? why aren’t they turning green? I’ve decided just to be cool and enjoy what time I have left with my little plants before autumn arrives. I’m still pruning out the bad leaves but I’m not going to obsess, especially since everything still seems to be producing vegetables just fine. 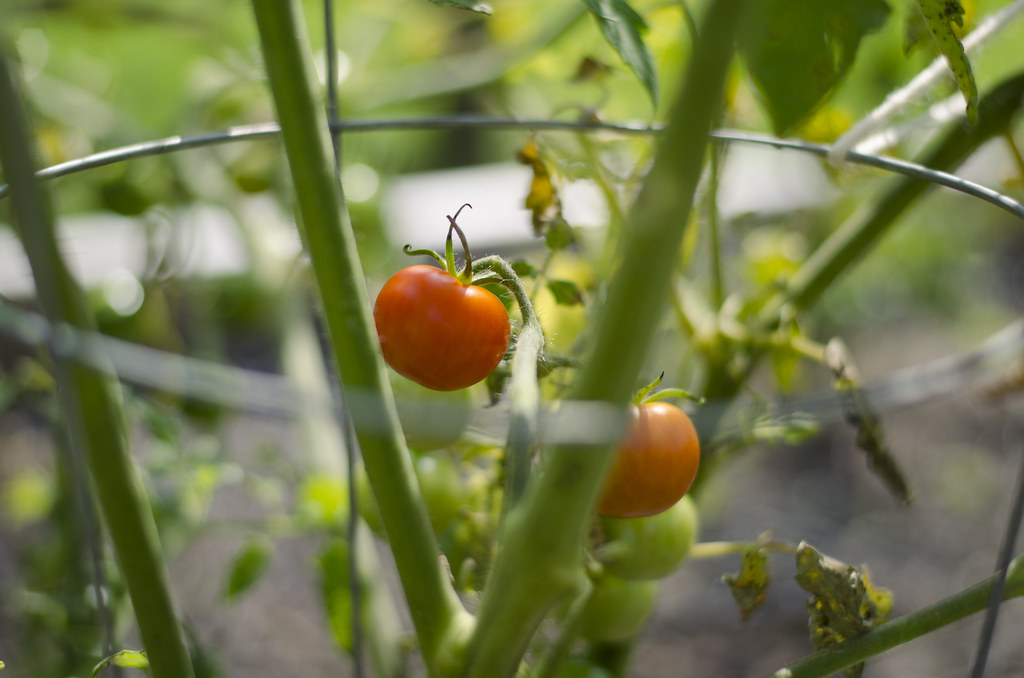 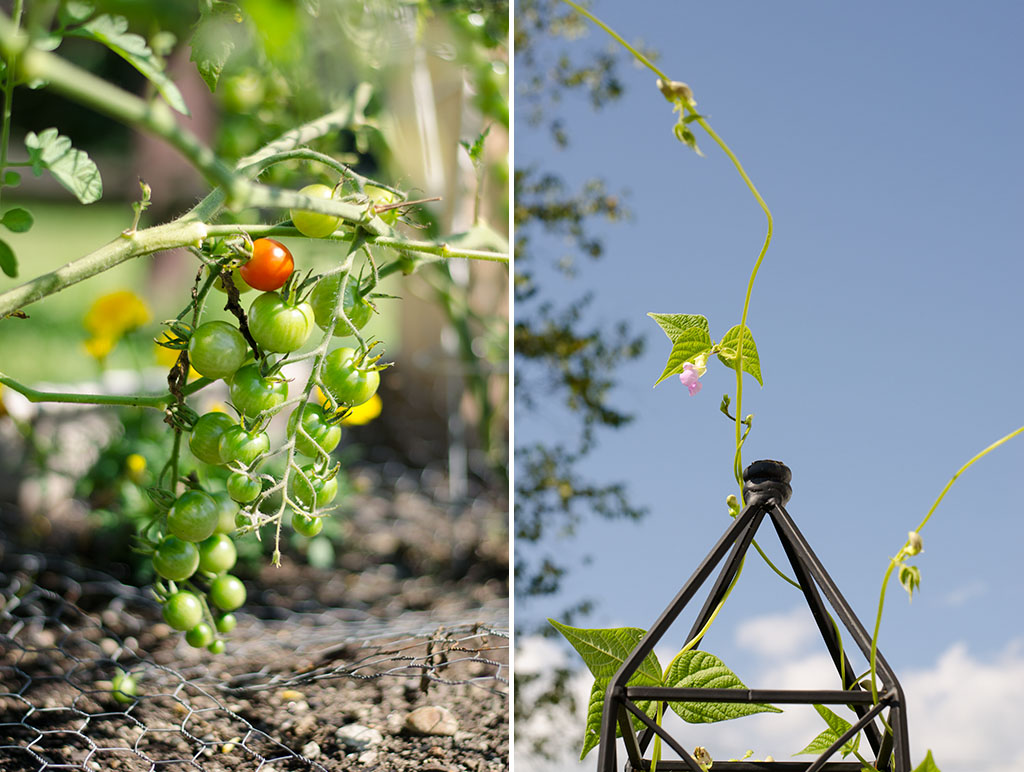 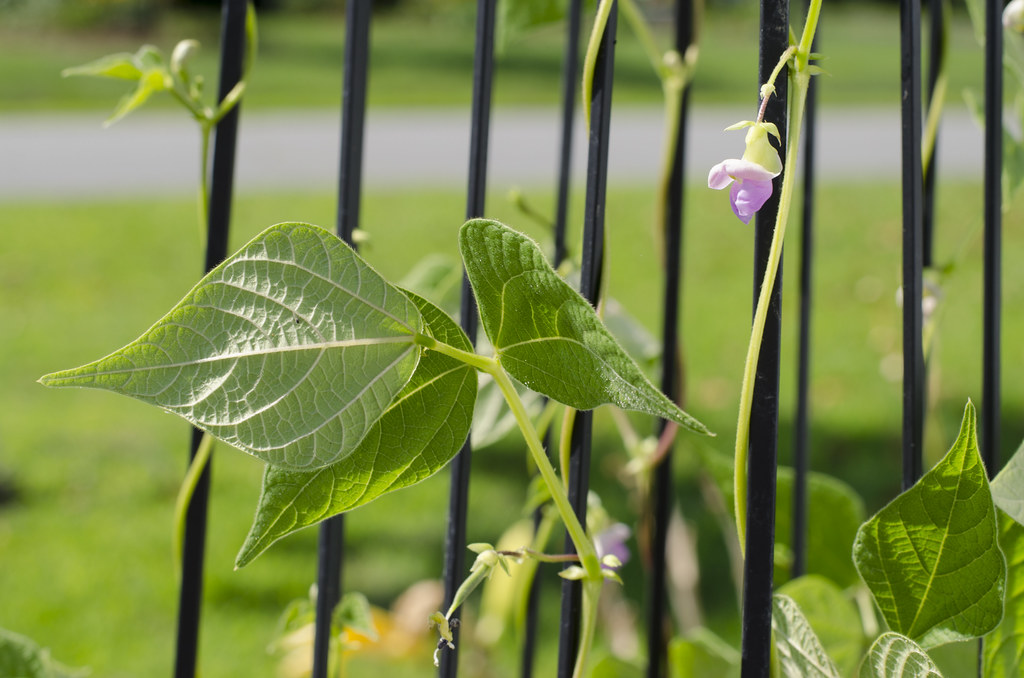 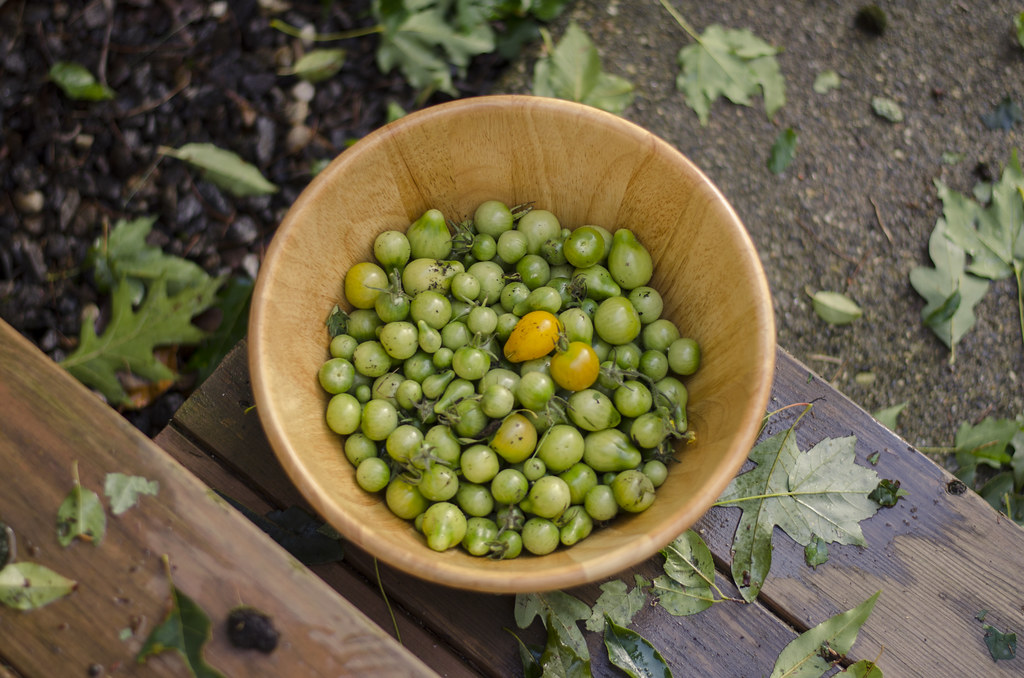 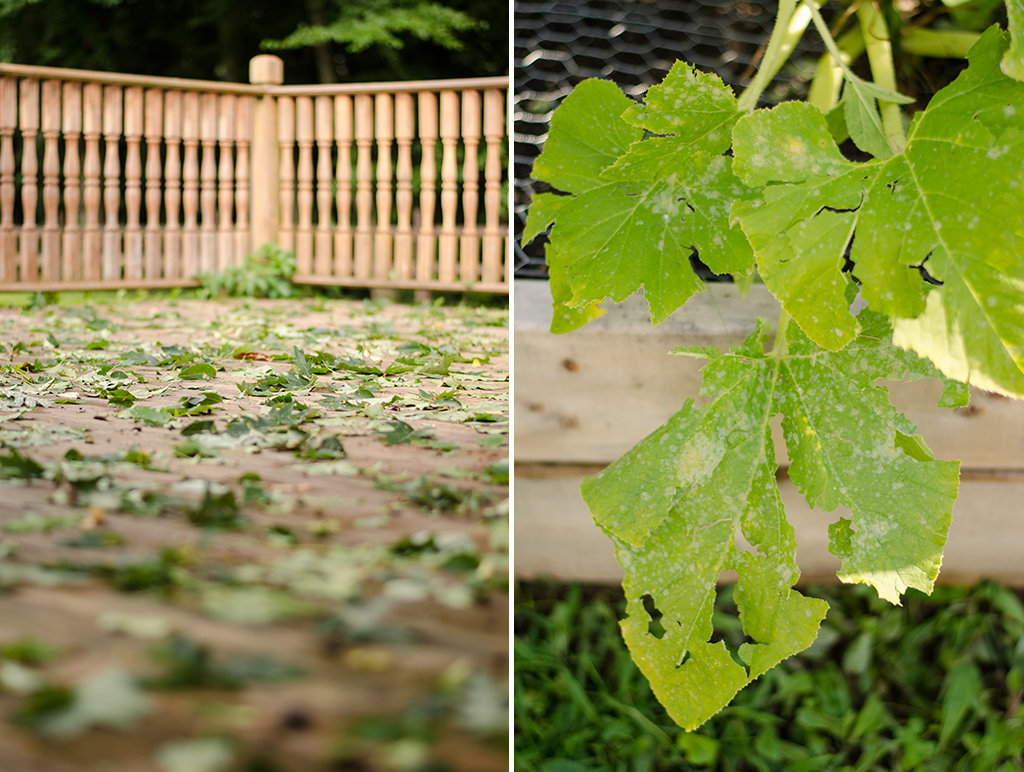 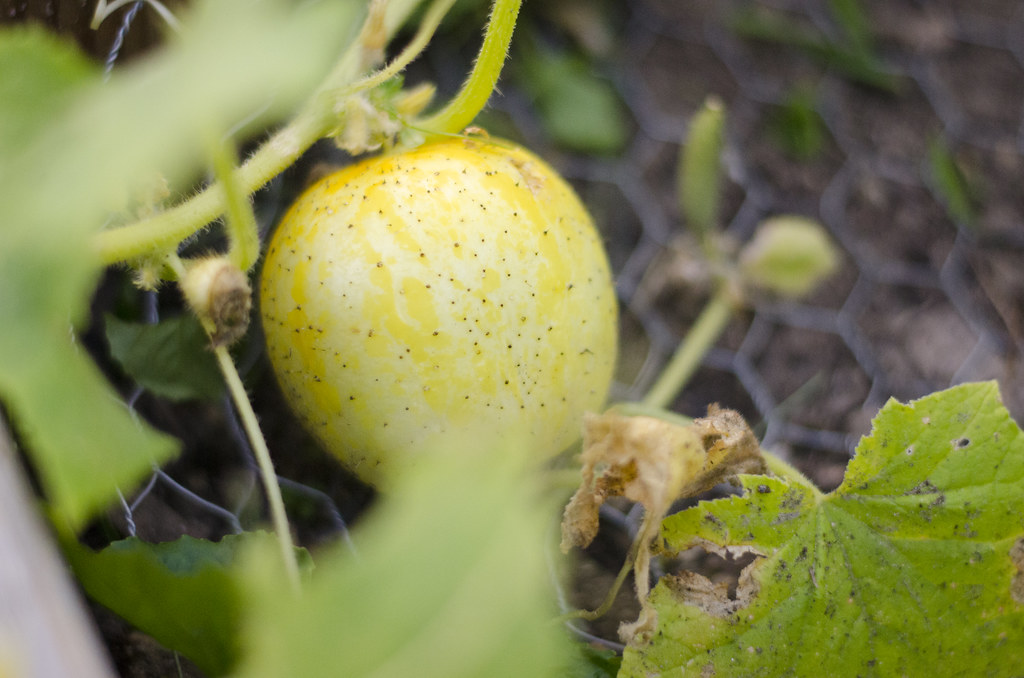 One thing I have learned from this gardening experience is that we moderns have it good. I know that there are people who homestead and provide all of their own food — good for them! But, even people who are providing all of their own food are doing it by and large by choice, at least here in the United States. If they absolutely had to, they could go to a supermarket somewhere (even if it was a long drive) and get some food. Our forebears didn’t have supermarkets. If blight took all their tomatoes, they had no tomatoes. Despite its many faults, I am very, very thankful for modern agriculture. I never have to worry that there won’t be any food available (of course, paying for it is an entirely separate issue), and that is something I think we all take for granted. 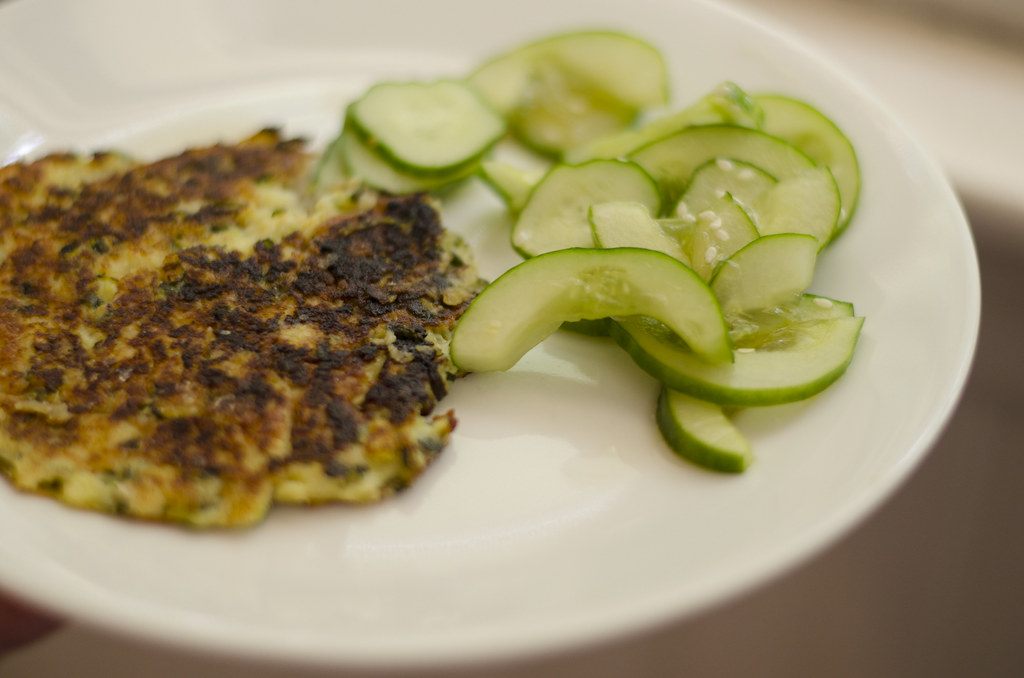 1 large zucchini, grated, strained, and dried as much as possible
1/4 cup all-purpose flour
1/4 cup grated Parmesan
3 tsp minced garlic (you could use less or more depending on your taste)
1 large egg, beaten
salt & pepper to taste
2 tablespoons olive oil

Grate the zucchini and dry it out as much as possible. I put it in a colander (as the recipe recommended) and patted/smashed it with paper towels until it seemed dry. I probably could have done it more, as my fritters took a really long time to cook through. In a bowl combine zucchini, flour, parmesan cheese, garlic and egg; add seasonings to taste.

Heat olive oil in a large skillet over medium high heat. The original recipe states, “Scoop tablespoons of batter for each fritter, flattening with a spatula, and cook until the underside is nicely golden brown, about 2 minutes. Flip and cook on the other side, about 1-2 minutes longer.” I apparently missed this step and scooped mine by the 1/4 cup! They took a long time to cook, but they were so good.