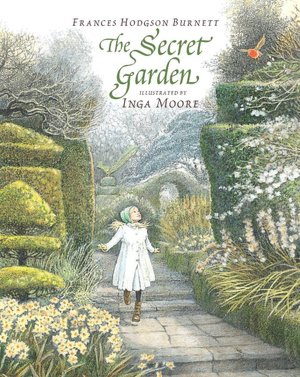 Today I’d like to share with you a review of the children’s book The Secret Garden, written by Frances Hodgson Burnett. First published as a series in 1910, our modern hardcover edition was published by Candlewick Press in 2008, and features hundreds of gorgeous illustrations by Inga Moore to accompany the 279 pages of Burnett’s timeless story. I originally decided to buy this book as a Christmas present for my daughter because I was really attracted to the illustrations. I never had a chance to read The Secret Garden as a child, but now I have read it to my daughter at least three or four times. It’s her all-time favorite.

Set at the beginning of the twentieth Century, the story centers on a young girl named Mary Lennox, a disagreeable and unloved child living in Colonial India. Her parents die during an outbreak of cholera, and Mary is sent to Yorkshire, England to live with her recluse of an uncle, Mr. Archibald Craven, at his sprawling estate called Misselthwaite Manor. Most of the action takes place in the gardens or in the rooms and corridors of the manor, although there is a brief description at the beginning of the book of Mary’s life in India and her voyage to England.

Throughout the story, Mary encounters many interesting characters, in particular the family of her maid, Martha, who live in a little cottage on the moor. Mary’s friendship with Martha’s brother, Dickon, is an integral part of her healing process, and his love of the natural world, and his gentle nature, help to bring out the best in everyone he meets. Mary’s sickly cousin, Collin, who is hidden away from life by his severely depressed father, Mr. Craven, is also helped immensely by his encounters with Dickon, as well as his own experiences in the gardens at Misselthwaite.

When she first arrives in England, Mary’s heart and soul are sick from a lifetime of neglect from her parents and pampering from her caregivers. She does not know how to relate to anyone, or how to live in the world without being waited upon. Collin had a remarkably similar upbringing, though in very different circumstances. His mother, Mr. Craven’s wife, was killed when he was quite young. Grief-stricken, and unable to care for his son, Mr. Craven locked Collin away from the world and very rarely spent time with him. Because they were instructed to do whatever it took to keep Collin happy, his caregivers indulged him in much the same way that Mary’s ayah did in India. When Mary finally discovers Collin one night, it is the beginning of an awakening for both of them.

Where you tend a rose, my lad…a thistle cannot grow. 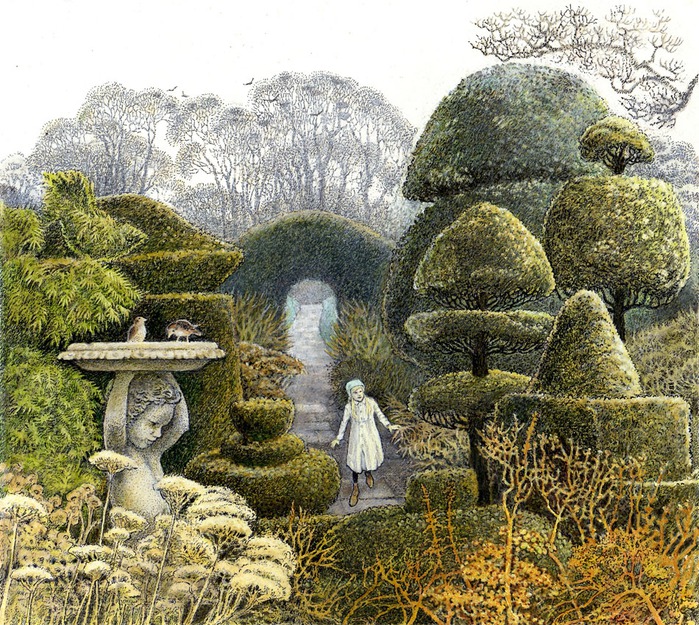 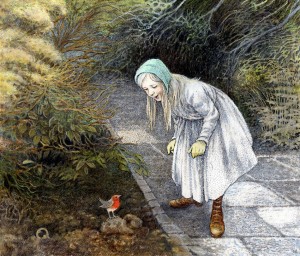 Mary was told by Martha of a secret garden somewhere on the manor that Mr. Craven had locked up ten years before, and into which no one was allowed, not even the gardener, Ben Weatherstaff. Intrigued, Mary makes it her goal to find a way into the garden to see for herself what Mr. Craven finds so abhorrent that it must be locked up. With the help of a friendly robin (who shows her the key, buried in the dirt), Mary is able to open the door to the secret garden. What she finds is that, despite years of neglect, there is still life to be seen. It is a mirror to her own soul, a once-dead and forgotten garden that will bloom to life again with care and compassion. 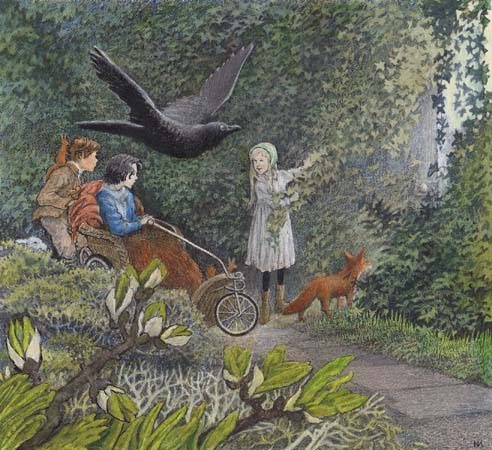 Dickon helps Mary to revive the overgrown garden, and over time it grows in magnificence and beauty, but they tell no one about their activities. Eventually, they decide to let Collin see the garden, and it is through his experiences in nature and his friendships with Mary and Dickon that he regains his strength and joie de vivre. In the end, Collin and his father are reunited and the children are able to show Mr. Craven the garden they have resurrected. Three broken souls are healed by the beauty of nature and the power of human kindness.

Each time I read this book I am reminded that we are not insular creatures. We need the companionship of others, and we need to spend time cultivating and appreciating the beauty of the natural world. It is easy for ours spirits to become sickly, what with the stresses of daily life, and the exhaustion of raising a family. I love this story because it shows the interconnectedness of all life, and the redemption to be found in each other and in nature.

The place was a wilderness of autumn gold and purple, and violet and flaming scarlet, and on every side were sheaves of late lilies standing together –lilies which were white or white and ruby. He remembered well when the first of them had been planted that just at this season of the year their late glories should reveal themselves. 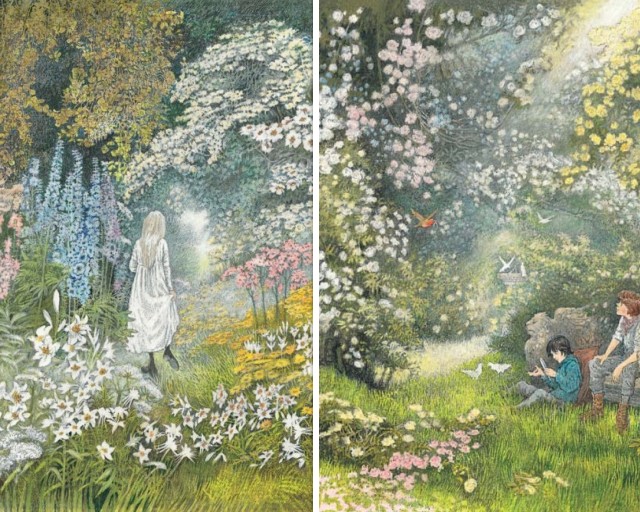 *As a brief disclaimer, I must note that there are a few places where you will need to explain some sensitive social issues. Martha repeatedly refers to people native to India as “blacks,” and Mary’s disdain and mistreatment of her servants is also something that might warrant a discussion. It is a book of its time and, though that does not justify these objectionable aspects, it is a reflection of the worldview of its characters. All in all, it is one of our favorite books, and I would overwhelmingly recommend it to anyone.